The World Has Ended

The world has ended.

Whatever we thought we would achieve has gone up in smoke. The potential. The possibilities. All that hope. All that talk of future generations. Useless.
Sure, we existed for a few thousand years, but we know now that we were but a spark. A tiny flicker of a doomed flame blown out by our own hubris. We patted ourselves on the back for building empires and creating technology. Hell, we even prided ourselves on seeing it coming, but for what? We were smart enough to see the universe’s cycles of beginnings and endings but not enough to realize we were pushing our own cycle toward our end? Sure, we can hide in the comfort of the inevitability of our demise. Maybe that would make our destruction some sort of parallel to a great warrior falling on his sword. But that’s stupid. We could have stopped this.

Our end wasn’t a noble sacrifice based on some weird code. It was a tragic comedy. Sort of like a person slitting their own wrists in a tub of warm water then farting a bubble on their way out. Not “haha” funny. More like, “this is genuinely idiotic” funny. Not the wrists…the fart.

What was I talking about?

Ah. Yes. The world’s end. I wish I knew how exactly this came about. Its not like in a movie where it was one definite thing that you can point out. Like an asteroid or a nuclear war. No. It’s a massive combination of colossally moronic decisions, falling into each other like dominos and leading to the collapse of the human race. Maybe if I was a scientist I could point out what began the process. The first domino. But I cant. From my perspective, one moment we were watching holograms and waiting for the next trending cyber implant, the next we had no food, everyone was killing everyone and our atmosphere was on fire. In the old days maybe a news broadcast would have told us what was happening but, if I’m being honest, I haven’t watched the news in almost 2 years. Then again, it’s not like I was going to throw off my glasses and rip my shirt open to reveal an S on my chest. Even if I did know it was coming, what would I have done? Complained on a forum and started a hashtag?

But, its all over now. We spent so much time hating each other over what happens after we die, we never took the time to unite over the fact that we were all human and we were alive. I once heard someone say, ”On your death bed, regret is worse than fear” . Granted that lady had never been on a death bed, but dammit she was right. We could have done so much. We could have stopped this, or avoided it. We could have kept the first domino from falling, or gotten rid of all the dominos altogether. Instead we chose hate.

We hated each other over color, creed and a host of other stuff. Sitting here with my entire planet about to boil over, I can confidently tell you I don’t care what color anyone is. Black, white…whatever, we are all dead. Atheist, Muslim, Christian, Buddhist…dead. Male, female…dead. You drew lines in the sand and told your children they were
permanent. Now here we are, generations later. Those lines don’t matter anymore because, like I might have mentioned, we are all dead. All we have is regret. I don’t think that lady knew just how right she was.

My painkillers are wearing off now, so I think I should get to the point here. When I was approached to type this letter to you, I didn’t even hesitate. The scientist who invented this machine said he had nothing to say. He couldn’t think. I get that. Sending a message a thousand years back in time can be daunting. Worse still, sending a message that’s supposed to be moving enough to create a ripple effect strong enough to change this dire future into a sunny paradise; and to an unknown old tech platform? Yeah, no pressure. I didn’t hesitate though. I didn’t hesitate because I knew what needed to be said. What my ancient ancestors, you, needed to hear. 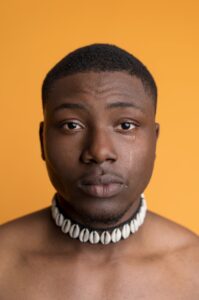 It’s 2007. The economy of Zimbabwe has truly fallen apart. The government assures its people that the way forward is to slash zeros off a 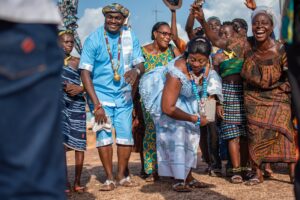 Restoring Africa one COMMUNITY at a time

My continent needs to improve. But how?   The answer is simple; trust.   Whilst the reader may be wondering why an article would defy